While the Netherlands was  outdone in skiing by Norway and Australia in surfing (no surprises there), Switzerland in… END_OF_DOCUMENT_TOKEN_TO_BE_REPLACED

Adventuring After Age 50: A Booming Business

Over the past several years, I’ve had the following exciting, sometimes scary, often challenging, but ultimately exhilarating adventures:

And I’ve done them all after the… END_OF_DOCUMENT_TOKEN_TO_BE_REPLACED 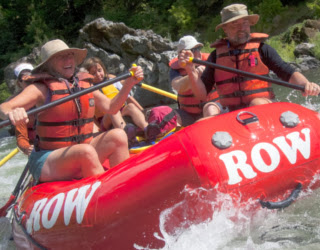 ROW Adventures, which I’ve written about in previous posts, is a top-flight adventure travel outfitter based in Idaho. As owner Peter Grubb told me last summer, one of his top target markets is baby boomer travelers, especially for international trips — though boomers also do their share of kayaking and whitewater rafting in Idaho and elsewhere.

Now’s the time to lock in some savings if you want to take a ROW trip next year.

If you want to know how important boomers are to adventure travel tour operators, ask Peter Grubb of Idaho-based ROW Adventures, which was named Travel and Leisure’s top tour operator for 2012.

“VERY important,” Grubb told me, especially since most of ROW’s international trips are comprised primarily of members of the baby boomer generation, now aged 49-67. International trips may range from sea kayaking in Baja and whale watching in British Columbia to snorkeling in the Galapagos and venturing to Machu Picchu. Boomers, he notes, often have more time and money to spend on such trips than other groups.

Boomers also join many of ROW’s domestic adventure trips, which include rafting, hiking, kayaking and canoeing in the Pacific Northwest and beyond. (ROW began as a small Idaho river-rafting operation 34 years ago and has expanded rapidly over the past… END_OF_DOCUMENT_TOKEN_TO_BE_REPLACED

Circle me on Google+