Confronting Hodophobia — The Fear of Travel Fear of ship travel can be one aspect of hodophobia. Photo by Clark Norton

When my family and I lived on City Island, New York, a little island in the Bronx that’s the farthest northeast point in New York City,  our next door neighbor  — a born and bred City Island resident then in her 60s or 70s — made a startling confession: she had only once in her life ventured into Manhattan, and that was to visit a friend in the hospital there.

If you walked a short distance down the street from the little complex of cottages where we lived, you could enjoy a panoramic view of the Manhattan skyline. I was shocked to learn that that alone had not lured her into New York’s best-known borough — much less the cultural opportunities, the restaurants, and all the sights that people traveled to Manhattan from around the world to see.

As a travel junkie myself, I just had to shake my head. What on earth was wrong with her?

But I realize I shouldn’t have been so quick to judge her.

I strongly suspect she suffered from hodophobia: the irrational fear of travel. For whatever reason, Manhattan represented danger to her — far beyond what most of us might feel about spending a day in the big city. (And this was pre-9/11.)

You or someone you know may also suffer from a subset of hodophobia, which is derived from the Greek for “hodo” (traveling) and “phobia” (fear).  While hodophobia refers to fear of traveling in general, it may also encompass more specific anxieties, such as fear of sea travel (thalassaphobia), riding in a car (amaxophobia), or train travel (siderodromophobia).

Fear of flying (aviophobia or aerophobia) and agoraphobia — fear of public spaces, which can keep sufferers virtually housebound — are both widespread, separate conditions that are closely related to hodophobia.

Not Just the Pre-Trip Jitters

Most of us feel some form of pre-trip anxiety. The Swedes have a word for it: resfeber.

Maybe it’s anxiety about being late to the airport and getting through security on time (I plead guilty to that). Some folks are afraid of terrorism or other safety issues, while others get rattled over what to pack or or making all the right hotel or train reservations. Many simply feel overwhelmed by all the last-minute details that pile up before a trip. With hodophobia, a trip to Antarctica would be torturous, but a TV penguin documentary might start to ease anxiety. Photo by Catharine Norton

These feelings are common and can usually be overcome by thorough advance planning, paying attention to details (such as the time) while traveling, and traveling frequently enough to know that many fears are largely forgotten as soon as you arrive at your destination.

Even medical conditions that limit travel to some degree do not have to totally prevent travel if you plan well in advance, have the determination, and bring the right equipment.  A willing travel caregiver/companion can also be vital for travelers with COPD or other conditions.

While resfeber — which Swedes say can include pre-trip excitement as well as jitters — is normal,  hodophobics avoid travel altogether.

And while there may be many reasons for not wanting to travel, a hodophobic may be beset by physical revulsion at the very thought of it:

Rather than viewing travel as exciting, relaxing, educational, or an important part of a healthy, well-rounded life, their body’s alarm system has sounded: danger! — perceiving  travel as a life-threatening situation.

These panic reactions aren’t subject to logic. Once a person’s panic button goes off, the rational ability to evaluate the danger goes with it.

According to HealthCentral.com, a previous traumatic event while traveling could trigger the phobia. 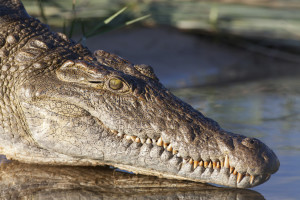 Some pre-travel jitters are normal.

“This experience becomes entwined with your idea of travel and causes a panic reaction,” a HealthCentral writer explains. “For example, you could have been in an accident while traveling or when you were young you were separated from your parents and the feeling of being lost never left you. You may have never traveled and now fear the unknown. Or you may have physical symptoms you associate with traveling, such as motion sickness or vertigo.”

While the HealthCentral piece suggests several mechanisms for alleviating some travel fears — planning, preparation, traveling with a trusted companion, among others — these are more ways to ease resfeber than to confront an actual phobia.

Overcoming any truly debilitating fear is a step-by-step process best guided by a medical professional who, preferably, specializes in phobia therapy.

It’s vital for the sufferer to know what phobias aren’t: namely, mental illnesses or nervous breakdowns. They are often the result of past panic attacks that could happen to anyone.

Having experienced past panic attacks in certain travel situations  — whether a flight emergency, a hotel fire, or getting lost in a foreign city — victims eventually come to avoid placing themselves in those or other travel situations altogether.

It’s important during treatment to start from a safe place (such as the home) and helping the person feel relaxed in the company of a safe, non-judgmental person.  Criticism of their condition — all too common from spouses or acquaintances — can be fatal to progress.

Treatment might consist of gradually reintroducing the victim to the subject of their fears. You can’t simply force a person to board an airplane or a cruise ship without serious risk, for instance, but a non-flying visit to a (preferably quiet) airport, touring a cruise ship while docked, or merely reading over a travel brochure or watching a travel documentary on TV might be starting points.

The key is to take small steps — even if it’s just a short drive or taking a placid canal boat ride — until the hodophobic starts to feel comfortable with the idea of travel. Knowing when to push and when to pull back is essential.

And eventually, if all goes well, the fear of travel dissipates.

Group therapy may also be helpful. And, who knows — eventually an entire tour goup may form from former hodophobics.

Editor’s note: This post is meant to be informational, not prescriptive. Be sure to consult a medical professional before attempting treatments.