Which Travel Destinations Are Trending Today — and Why? 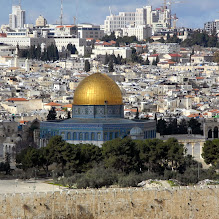 Jerusalem ranks fourth on TripAdvisor’s list of global destinations “on the rise.” Photo by Clark Norton

Which destinations do travelers really want to go to right now — as opposed to ones that they might only be dreaming about for the future?

The always informative travel news site skift.com has a piece that tries to answer that question, based on “millions of searches and reviews” on the mega-review site TripAdvisor. TripAdvisor has come out with lists of “places that have seen the greatest increase in positive traveler feedback and traveler interest” of late — in short, destinations that are “on the rise.”

The destinations are listed in “top ten” order globally as well as for the United States, Europe, Asia, Latin America and the South Pacific. The lists reflect all age groups so there’s no way of knowing what percentage were baby boomers  doing the searching.

Here, according to TripAdvisor, are the “Top 10 Destinations on the Rise in the World”:

Several of these make sense to me. It seems like everyone wants to go to Havana and Cuba these days, since it’s been opening up to tourists around the globe — including more Americans. Kathmandu just reeks of exoticism, and Jerusalem is one of the world’s great cities. Hanoi is a mostly unspoiled jewel, and Cusco, the ancient Incan capital, is a gateway to Machu Picchu. I haven’t been to Sapporo (though I like their beer), nor have I been to Ambergris Caye in Belize, but it’s said to have the right combo of tropical beaches and not being overly developed — and Belize is a hot destination.

I could see all these destinations being of great interest to baby boomer travelers in particular.

But I’m surprised about the inclusion of La Fortuna de San Carlos in Costa Rica in the number two spot. As alluring as it is, are that many travelers really flocking there or on the verge of it? Same with Corralejo, Spain, which is actually in the Canary Islands, and Fortaleza, Brazil, the two rounding out the top ten. Admittedly, these are supposed to be spots on the rise, not necessarily already popular, but I’d wager most travelers would have trouble identifying them at all, much less making plans to visit. But maybe an avant-garde of traveling millennials flying under my radar have turned these three into the latest trendy hotspots.

So, fellow baby boomers, if you wish to be on the cutting edge of global travel, these three places are said to be right up there in the top ten with Havana and Kathmandu. I expect the marketing departments of each of these three otherwise mostly obscure destinations to go wild with TripAdvisor mania over the next year and beyond.

As for U.S. destinations on the rise, here are TripAdvisor’s top ten:

Having visited three of these in recent months, I find it harder to quibble with this list. I happened to be in Gettysburg this past weekend, Bar Harbor at the end of September, and Brooklyn this summer, so either they’re trendy or I’m trendy or it’s all just a coincidence. And I’d drop just about anything to head off to Sante Fe, Moab, Destin or Kailua-Kona just about now, as the New York winters are setting in, though I’ll wait a few months for Anchorage or, for that matter, Jackson, Wyoming, beautiful as it is this time of year.  I’ve never been to Galveston but I’m sure it has lots to recommend it.

So like I say, no quibbles, though I will put in a plug for Ann Arbor, Michigan; Tucson, Arizona; San Antonio, Texas; and the state of Virginia, though I’m sure they must rank 11-14.

In case you’re wondering, Corralejo, Spain — in the Canaries — is the number one place on the rise in Europe, followed by Porto, Portugal; and Krakow, Poland. The latter two do ring true to me, since I know several people who have been there recently.

In Asia, we have Kathmandu, Sapporo and Hanoi; in Latin America it’s Cusco, Fortaleza and Lima, Peru (Peru is clearly hot); and in the South Pacific it’s Christchurch, New Zealand; and Margaret River and Broome, Australia, the latter two being lesser-known destinations Down Under that should also grab onto this TripAdvisor publicity lifeline and hang on for all it’s worth. And it’s good news for Christchurch, whose historic downtown was leveled in an earthquake a few years ago, though it wouldn’t be my first choice in Kiwi country.

I’d be interested to hear from readers who have recently been to or are planning to visit any of these spots on the rise, and whether I should have known that, say, La Fortuna de San Carlos, Costa Rica, is the second hottest destination in the world right now, at least by TripAdvisor standards.

2 Responses to Which Travel Destinations Are Trending Today — and Why?