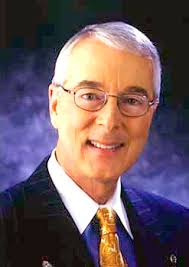 According to a recent Harris poll, cruising has taken a serious hit in the wake of the Carnival Triumph’s power failure at sea, which received saturation coverage in the media. The public has less trust in cruises, perceives the quality of cruising in a more negative light, and is less likely to book a cruise now.

It also regards air travel as safer than cruising, the poll says.

While the results were particularly bad for Carnival, they also extended in varying degrees to other cruise lines the poll tested.

Carnival is now working to regain its tarnished reputation. Carnival Corp. — which owns not just Carnival Cruise Lines but several other lines including Holland America, Princess, Costa, Cunard and Seabourn — has hired Carnival’s former CEO, Bob Dickinson, as a consultant to “reassess the brands.” Dickinson is a legend in the industry and as outspoken as they come, always good for a quote or ten.

Dickinson, aiming his message at travel agents, wants Carnival to get back to its “core values” and to stress that cruising is a “high value vacation at a very reasonable price.” That’s a message that has resonated with lots of baby boomer cruisers over the years, including me. Where else can you get your lodging, food, entertainment and much of your sightseeing for $100 a day or less per person while you’re seeing the world? Cruising isn’t everyone’s cup of tea — but what form of travel is?

For some clear-headed perspective on the recent cruise ship disasters and resulting declining sales, I highly recommend this piece by CruiseMates’ Paul Motter.

Motter’s take is that as serious as several of the incidents have been, the media frenzy has helped convince the 80 percent of the American public who have never cruised that cruising is — mistakenly — generally unsafe. This despite the tiny percentage of voyages that result in problems of any sort, much less fatalities of the Costa Concordia scope or the power failures of the Carnival Triumph type.

I’m not minimizing those situations, and I’m not saying the cruise industry is without its problems. But I take a fair number of cruises, and I won’t hesitate to continue doing so. I think most frequent cruisers would say the same. And the Harris poll backs that up: of those who say they’re less likely to go on a cruise in the next year, 56 percent have never cruised before, while 43 percent have.

Safety is a concern for any form of transportation. But I continue to ride trains despite occasional derailments, I still fly in airplanes despite crashes, I still drive cars despite pileups on the Interstate and teenagers texting in the next lane.

Picking on cruise ships, though, seems to be the trendy thing at the moment. So yes, as Motter points out, Dickinson does have his work cut out for him — and I’ll echo Motter’s words here: “Good luck, Bob Dickinson.”

2 Responses to The Challenge of Polishing Tarnished Cruise Ship Brands