The outlook is equally bleak in Arizona, where I’ve lived for the past five years — and where I’ve seldom ventured from my home for the past three… END_OF_DOCUMENT_TOKEN_TO_BE_REPLACED

5 Ways to Save When Traveling Europe Markets like this one in Barcelona offer excellent lunch possibilities. Photo by Clark Norton

Today’s guest post, by Aussie-expat writer Brittnay,  is about some ways to save money while traveling in Europe — which can be a very expensive destination these days. I’ve added my own comments after each tip, usually to expand on them a bit.

While these tips only scratch the surface of the topic, they’re all valuable ones to keep in mind while planning your next European vacation.

Although travelling through Europe can be expensive, it doesn’t have to be.

We’ve put together five tips that have allowed us to visit 21 European countries in the past two years! Using these tips enable you to experience the cities and towns you visit more like the locals do — and that’s usually a good way to save money. 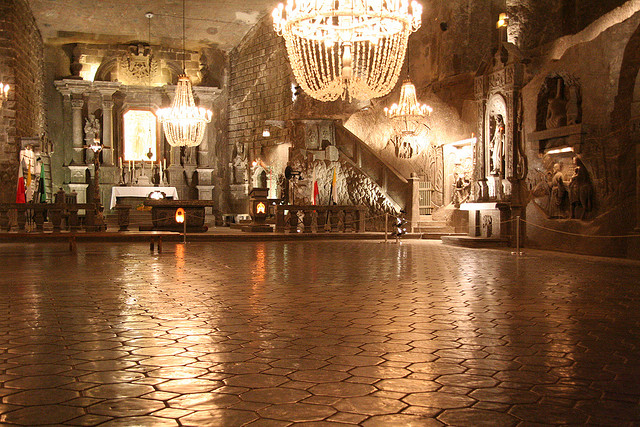 The Polish town of Wieliczka has a subterranean salt mine that houses a cathedral complete with chandeliers made of salt. Photo from Flickr.

Representatives were allotted 15 minutes to update each writer on what was new, compelling and noteworthy about their destinations or companies, with writers busily scribbling unreadable notes and — more helpfully — pocketing cleverly packaged thumb drives that they could later plug  into their computers with all the salient information.

And there was information aplenty, providing a good indication of what types of visitors and customers they’re seeking and how they hope to attract them.