A few months ago I attended a stamp and coin show in Tucson and was disappointed to see that most of the displays were devoted to coins, not stamps.

And I became almost morose while chatting with some of the few stamp dealers there (all of whom were baby boomers, by the way). They each told the same story: in their experience, at least, stamp collecting is a dying hobby. Many of their items had been marked down for faster sale.

As a boy growing up in Indiana, I became a fervent stamp collector while still in grade school.

While I collected stamps from all over the world, including the U.S., I especially liked the issues of British and French colonies — not because I romanticized colonization (I didn’t know its moral implications at the time), but because they beautifully depicted far-away, exotic places that, quite simply, made me want to go to all of them.

French Equatorial Africa — as much of Central Africa was known at the time — featured rhinoceroses and other wildlife on their stamps. The British colony of Sarawak on the island of Borneo — how could two names be more enticing to an imaginative nine-year-old?

And I can’t forget the much sought-after Belgian Congo: one of the most memorable days of my young life was meeting a missionary who gave me my first stamps from there. South Pacific paradises like Fiji (a British colony at the time) and French Polynesia came alive in my albums. Hong Kong seemed the height of exoticism both in name and stamp design, even though bearing the visage of the British king.

I fantasized about visiting exotic-sounding places like Mozambique and Martinique before I could find them on a map, or, in some cases, even correctly pronounce them. What was Mozambique Company (Compania de Mozambique, in Portuguese)? I had no idea, but their triangular stamps were, in my view, fine art.

Old stamps — which I pretty much defined back then as any older than myself (which rings even truer today) — were my favorites. I didn’t much care for the often gaudier (post 1950) newer stamps from countries that were obviously printing millions of them to sell to collectors like myself.

But I wasn’t buying. I wanted vintage, classic designs and images that spoke of a world I could only dream of discovering as a youth.

Sometimes I acquired foreign stamps that were affixed to envelopes with postmarks from remote locations and that were addressed to people I sometimes knew but often didn’t. These became prized possessions that warranted special albums to show them off. Some large envelopes were literally covered with stamps from top to bottom, with the address scribbled in one corner. Spectacular. Some countries interested me less than others, primarily because their stamps were mostly dull, including much of South America and Eastern Europe — the latter of which churned out gazillions of stamps, few of them worth getting excited about beyond their oldest issues.

How Stamps Influenced My Travel

Maybe it’s not surprising, then, that when I took my first trip outside North America or Europe (nearly 40 years ago), I chose Africa, home of many of my favorite stamps. Or that I made my second such trip to Southeast Asia, including Hong Kong.

Nor, I suppose, is it a surprise that I lacked relative interest in visiting South America and Eastern Europe until later in my personal and professional travels.

These days, destinations in South America and Eastern Europe are near the top of my bucket list — but I’m still not wild about their stamps.

I also gravitated to the old rather than the new during my travels as an adult. I sought out medieval villages, ruins of ancient civilizations, and anything smacking of the world as I imagined it would be based on the images from my evocative postage stamps.

Sometimes I’m initially disappointed in what I find, because the world is constantly changing. It’s hard to enter a world that no longer exists amid a sea of fast-food places, shopping malls, roaring motorbikes, and high rises that overshadow their older, smaller and often historic neighbors down the street. 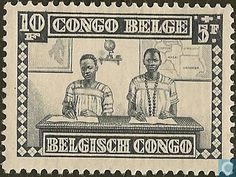 Then, when I get to know a destination better, and have some time to peek just below the surface gloss of modernity, I find remnants — and, in some cases, near replicas — of the world that so enticed me on those stamps: customs that seem strange yet fascinating; dress and transport that hark back to past eras; architecture that dates from centuries ago; people living their lives in ways far different than my own.

I don’t know that I’ve ever quite found my personal Shangri-La, that place that carries me completely back to the romantic images on my stamps — but it’s what keeps me looking, and, all the while, it’s been a great ride.

Answers to the Thanksgiving Holiday Quiz in my most recent post: