Brazil’s Travel Industry: Caught In A Mess of Red Tape 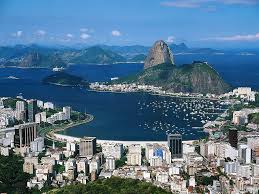 Sugarloaf Mountain, Rio de Janeiro. Is the beauty enough to overcome the obstacles?

The last two times I visited Brazil, I loved lazing on the beaches of Rio, cruising down the Amazon, hiking through the rainforests and touring the remarkable opera house in Manaus.

But jumping through the bureaucratic hoops to get there in the first place almost convinced me I’d never make it down. Brazil seems to do everything it can to discourage American visitors by making visas expensive and annoying to get.

The regulations keep changing. One time I had to wait in a long line at the Brazilian consulate in New York City, then go next door to a particular bank to deposit $100 cash and get a receipt for same, then return to stand in another long line to hand that in along with my completed visa application, only to be told I would have to return another day to pick the visa up, assuming it was approved. The visa lines were only open for two hours each morning and only a certain number of applications were accepted; if you got to the front of the line and had reached the cutoff point, tough luck. Officials were surly and non-apologetic.

Regulations differ according to which consulate you visit in the U.S. Currently in New York, you can pay for your visa only with a U.S. Postal Service money order — for a hefty $160 (or $180 if you don’t appear in person but have a friend, relative or visa service appear for you). The cost, far exceeding that for most other countries, is leveled in reciprocity for what the U.S. charges Brazilian citizens. (My view of U.S. visa requirements for foreign nationals is a whole other story — I think they’re excessive and dumb — but Brazil is guilty here of the old saw of cutting off its nose to spite its face.)

The long lines and short hours at the Brazilian consulate are similar today as they have been in the past, and now it takes even longer — five days minimum — before a visa is approved. Mailed-in or e-mailed applications are not accepted in New York, forcing applicants to travel long distances in many cases to reach the consulate, or pay additional $65 and up fees to visa services. You also have to show your round-trip plane ticket, proof of financial resources, etc. If you aren’t staying in a hotel or on a cruise ship, you have to have a letter from someone in Brazil vowing to take you in. Etc.

The Chicago consulate and others have different regulations. And all are subject to change at any time.

Meanwhile, hundreds of thousands of Brazilians have taken to the streets in the past few days to protest the high costs of staging the World Cup in 2014 and the Olympics in 2016. Many Brazilians would like to see the money spent on education and health clinics.

High-profile global events like these are supposed to provide high-octane juice to a country’s tourism industry, but Brazil may be wasting its money, as this Reuters piece points out: lack of accommodations, bad roads, antiquated international flight rules that force planes to all fly into Rio or Sao Paulo before flying on to other domestic destinations, non-English-speaking hotel staffers, and excessive regulations of all types do not lead to happy travelers. The visitors may come, but where will they stay near the venues, how will they get there, and will they ever return if they’re made to feel unwelcome?

I remember talking to an American tour operator who runs trips to Brazil who said he had just about reached his limit with Brazilian bureaucracy — that it was hardly worth the headaches to keep doing business there. (One of his chief complaints was the inability of prospective customers to land the visas they needed.)

Let me reiterate — I love Brazil, its natural beauty, its food, its climate and its friendly people (those not behind the visa windows, that is). I’ve been there four times and would go back in an instant. But for me and other American citizens, especially, going back in an instant or even in a day or two is, alas, impossible. No spur-of-the-moment travelers need apply.

For travel marketers, the lesson is: No matter how shiny your product may be, and no matter how much you promote it, without good customer service you risk losing their loyalty and their business.

This is especially true of baby boomers, who value politeness, efficiency and, frankly, want to feel welcomed wherever they travel. The Brazilian government fails on these issues.

5 Responses to Brazil’s Travel Industry: Caught In A Mess of Red Tape