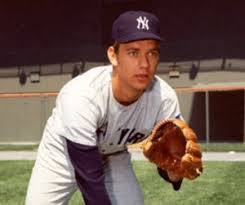 Of course you do. And MSC Cruises has figured out a way for you to meet them on their long-running series of Baseball Greats Cruises, now in their ninth year.

Organized and hosted by ex-Yankees pitcher Stan Bahnsen, the Baseball Greats Cruises run from November to April or May each year, forming a kind of high seas hot stove league.

Passengers get to mix and mingle with the greats, who mostly vary for each cruise — 17 different players, along with Bahnsen, will appear during five cruises between November 2013 and May 2014.

Highlights include autograph sessions, baseball trivia, pitching contests, baseball skills clinics, storytelling, question  and answer sessions, and bonuses like blooper films and baseball movies.  Passengers also often get to know the players at meals, in the bars, or on shore excursions, and some have become friends with stars they once idolized.

All of this is free and open to any passenger on the cruises — many of whom don’t even know about this perk until they board the ship.

MSC President and CEO Richard Sasso estimates that a majority of passengers participate in an least one baseball-related activity during each cruise — and on ships that carry up to 3,000 passengers, that’s a lot. Autograph sessions — which are free — draw the biggest crowds.

Don’t expect to find current players on these cruises. “MSC wants retired players, partly to appeal to the older passengers who relate to the old-time stars,” Bahnsen told me.

Current players’ agents also demand too much for an appearance, Bahnsen added, while the past players are mostly content with a cabin on a week-long or 10-day Caribbean cruise — as well as the chance to interact with fans and reconnect with old teammates and rivals on the field.

So, in exchange for a few cabins, MSC gets hundreds of happy passengers who later go home to spread the word to other baseball fans about these memorable cruises. Some repeat passengers have signed up for 10 or more of the cruises over the years.

It’s a slick piece of marketing by MSC — I’d call it a home run.