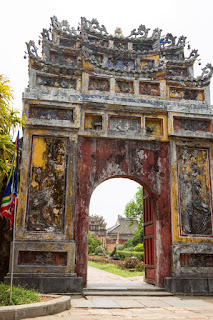 Here’s part 4 of Myles Stone’s Viet Nam Diary.– a day exploring the former imperial capital of Hue, which combines both ancient and modern history, including stark reminders of the Viet Nam War.

For those who missed Myles’ previous three posts, he’s a Tucson physician who recently spent two months in Hoi An, Viet Nam, with his wife, Aimee, and baby daughter, Mimi. They were joined for part of their stay by my son, Grael, his wife, Nona, and baby son, Conrad.

How did two toddlers do in Viet Nam? Just fine.

The Vietnamese dote on babies. When you’re in restaurants, for instance, and your young children get restless, the owners will often happily insist on looking after them, perhaps even taking them outside.  (At the end of the meal, the conversation may go something like this: “May we have our check, please? And our two babies — please?”)… END_OF_DOCUMENT_TOKEN_TO_BE_REPLACED
Posted in Asia, Baby boomer travel, cultural travel, History, Viet Nam | Tagged Hue Citadel, Hue Viet Nam, Viet Nam, Viet Nam travel, Viet Nam War | Leave a comment 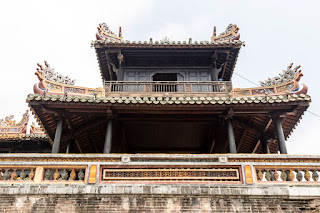